What we do – Health care

Our work with medical institutions in Malawi falls in to two areas:
• The re-cycling of medical equipment from UK hospitals and surgeries
• The provision of requested medicines 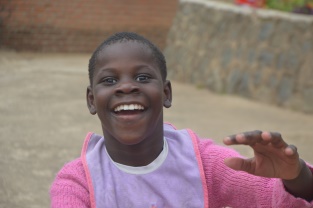 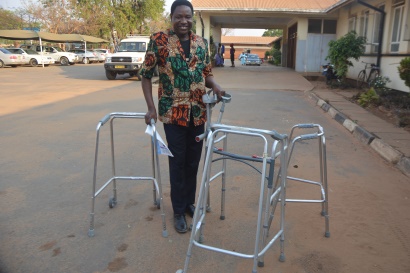 Kasungu Hospital is the main health provider for the Kasungu district. The 179 bed hospital has to cater for the medical needs of over 760,000 people, half under 15 years of age. There are only 2 or 3 doctors at the hospital and it is not uncommon to have occupancy rates over 100% especially in the rainy season when malaria is prevalent.
The Zikomo Trust sends out requested medicines on a regular basis as well as collecting medical equipment from UK hospitals such as beds, crutches, bandages and wheelchairs.
Recently we financed the re-painting of the A&E department as well as supplying much needed curtains for the Women’s ward.
To brighten the day for children we painted the Under 5 clinic with giant size Mr Men and decorated the new paediatric ward with cartoon figures. 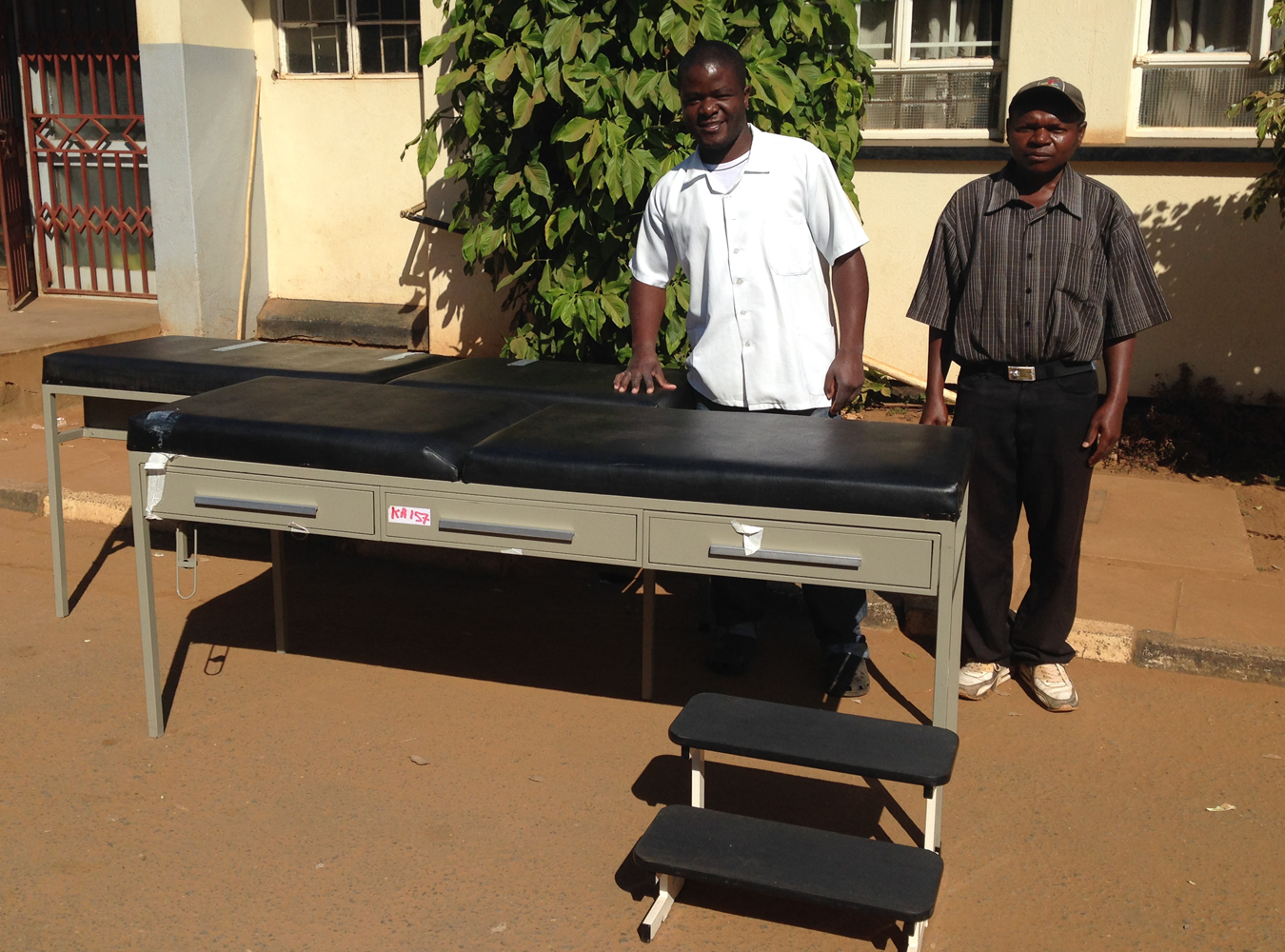 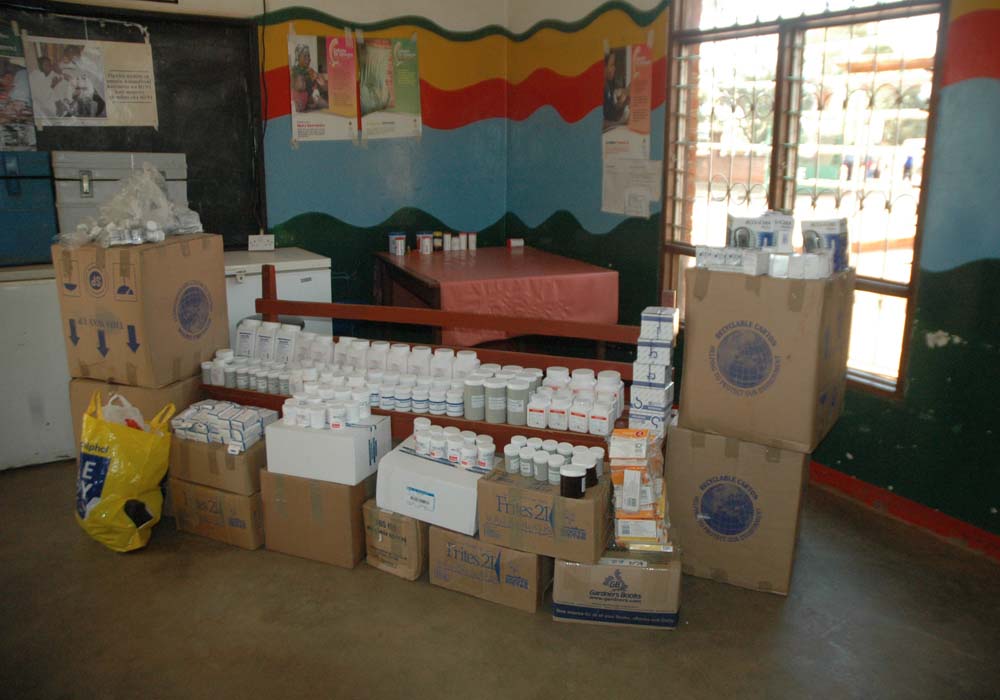 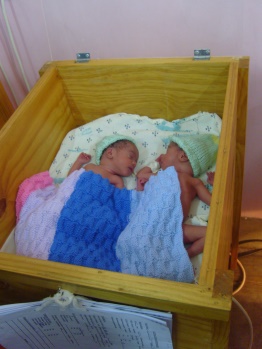 The premature baby unit has been the main focus of help in recent years. In the picture premature twins share a locally designed and constructed incubator with a simple three light bulb heating system.
As well as financial help the Trust has sent out baby clothes and blankets. We have also helped to finance equipment for the Maternity Intensive Care Unit.

This orthopaedic hospital provides operations and care free of charge for identified Malawi children from all districts. The Trust provides financial help as well as donating specific orthopaedic equipment such as crutches, bone screws and ‘Halos’ (as in picture). 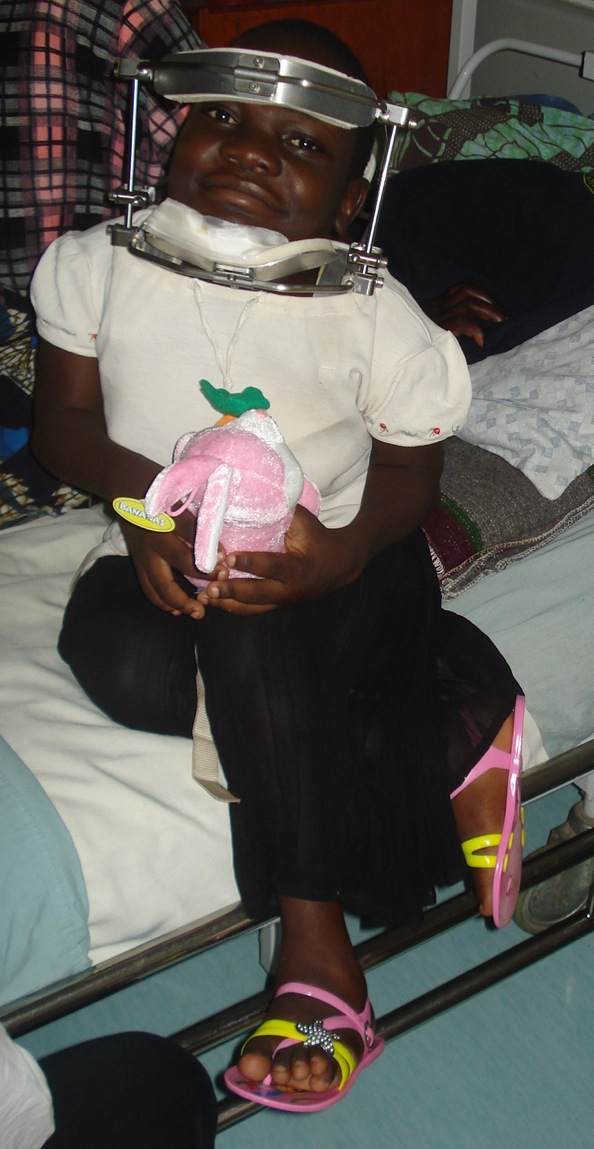 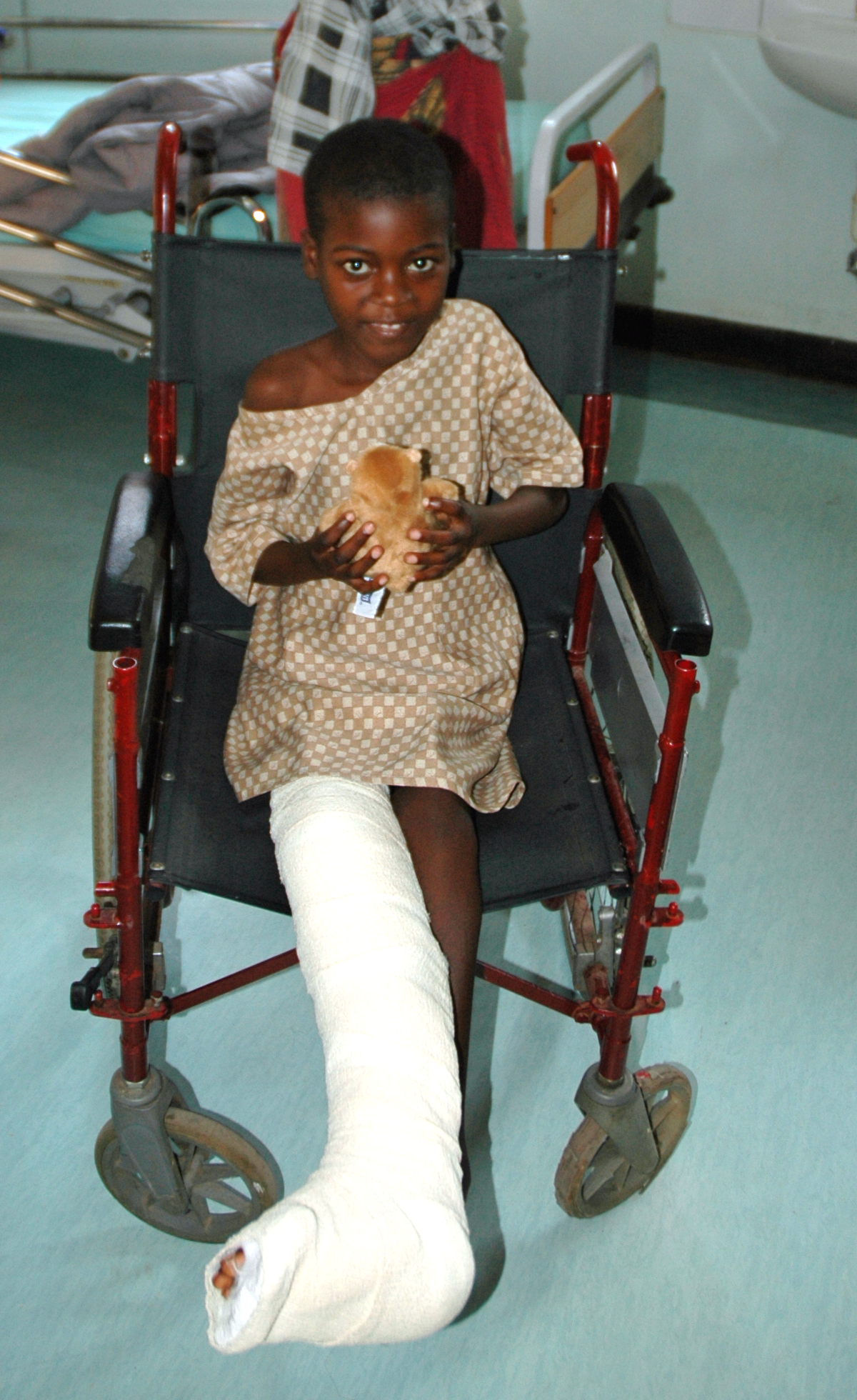 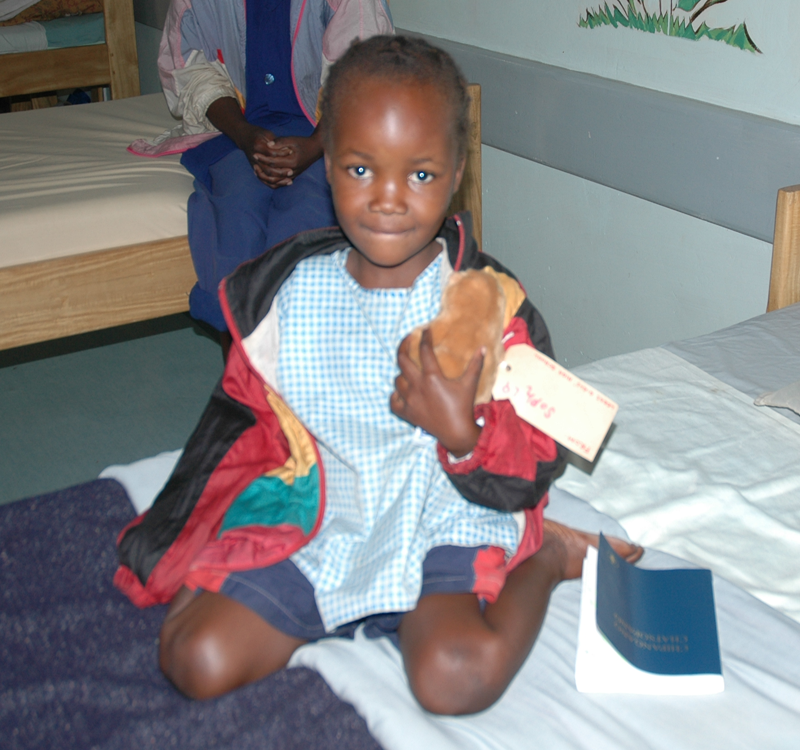 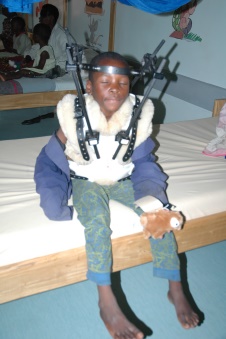